Constructed by the Jesuits in 1669 to 1683 from plans by P. F. Carlone, it was designated a cathedral when Josef II appointed a bishop for Linz. The Jesuits returned in 1909.

The cathedral lies at the southern end of the Hauptplatz, near the former Jesuits’ College. Anton Bruckner was cathedral organist here from 1855 to 1868. The organ was built according to plans by Anton Brucker and is still in its original state. 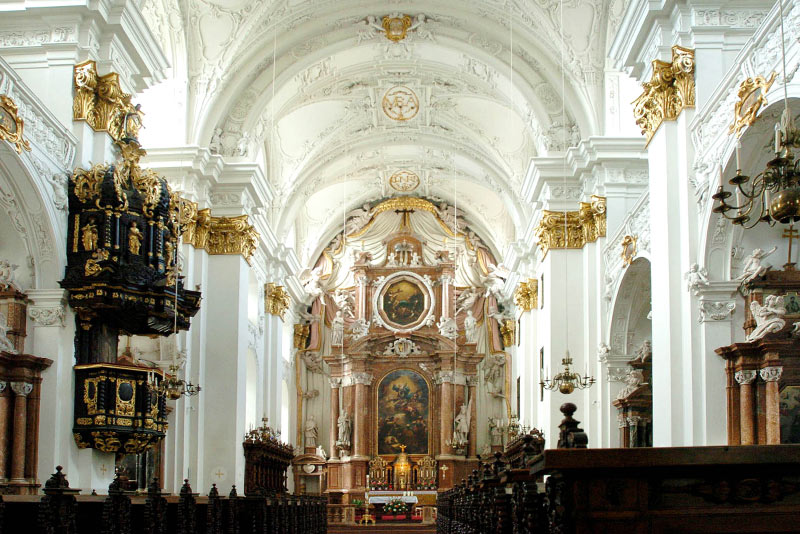 Anton Bruckner and the Old Cathedral

It is literally a one-off opportunity to hear like Bruckner did. However, this is possible with the organ at the Old Cathedral (Ignatiuskirche) in the historic city centre of Linz. Having been modified to suit his wishes, the instrument still sounds like in Bruckner‘s days.

The Bruckner Stairs, which lead up to the organ, are designed as a monument to the great creator of music. They offer a brief introduction to Anton Bruckner in showcases.