Emperor Joseph II’s Edict of Tolerance (1781) allowed the Protestant faith to be practised again in Upper Austria. But it was not until 20 October 1844 that the first prayer house in Linz was formally dedicated.

The Catholic building rules that applied at the time required the Protestant church to be set back 50 m from the street so as not to dominate the street scene. Today, this distance to Landstrasse allows it to be seen better. 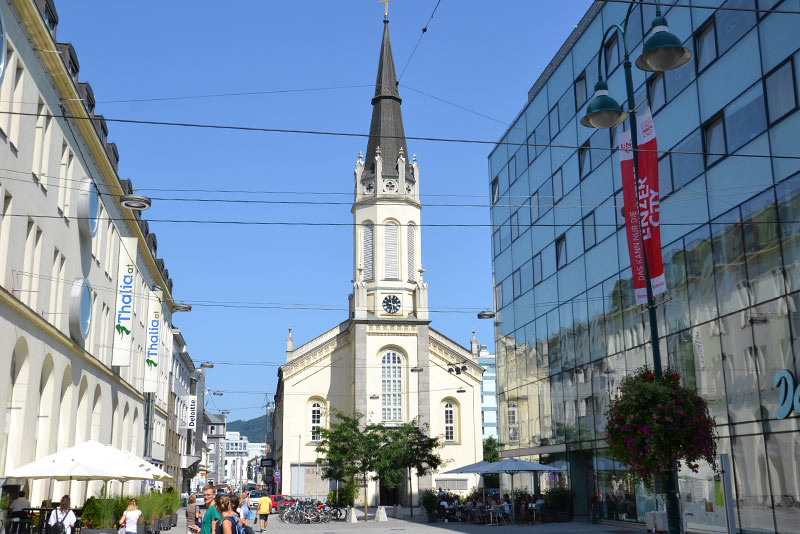